Brexit update – will the transition period be extended?

In the first of a series of regular articles on Brexit, corporate and commercial lawyer David Glass summarises the latest developments over the last month: 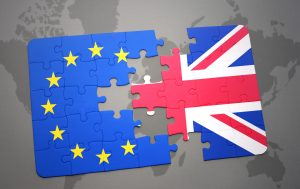 Brexit, the focus of everybody’s attention in 2019, has been supplanted in 2020 by Covid-19 as the main focus of public concern in the UK. Things, however, might be about to change soon and revert back to the previous position, depending upon how quickly the Coronavirus can be brought under control.

Under the terms of the UK-EU Withdrawal Agreement 2020 and following the UK’s political exit from the EU on 31st January 2020, there is a transition period which is currently due to end on 31st December 2020 during which the UK remains part of the EU single market and customs union and subject to  most EU laws but has no voting rights at EU level. The transition period was intended , amongst other things, to create a breathing space for the purpose of enabling the UK and the EU to agree on their new permanent post-Brexit  relationship whilst permitting the UK and the EU to trade with each other freely in the meantime as if the UK were still politically part of the EU.

The EU has informally indicated that it would be prepared to extend the transition period because the period was very tight anyway to negotiate a comprehensive new relationship between the two sides and because the huge problems caused by the Coronavirus have changed priorities anyway. The UK is, however, saying that it will not agree to an extension and indeed has enshrined this in UK law by section 33 of the European Union ( Withdrawal Agreement) Act 2020 which prohibits UK ministers from agreeing in the  Joint Committee to an extension of the transition period on behalf of the UK .

Many in the UK and the EU are saying it is absurd to exacerbate the problems caused by the Coronavirus by insisting on a needless deadline of 31st December 2020 for the ending of the transition period with its implications for the disruption of trade and investment between the UK and EU. Others, particularly in the UK, are saying that the transition period was only ever intended as a short interim period because otherwise the UK could be locked into new EU laws which are being promoted all the time without ever having the opportunity of being able to vote on them or influence them.

The mood music that is coming out of Downing Street is that the currently deadlocked talks on the new UK-EU economic relationship can only be resolved by direct talks between Boris Johnson and the highest levels if the EU leadership, presumably involving Michel Barnier as the Head of the EU Brexit negotiating team and Ursula von der Leyen as the President of the European Commission.

This is a controversy that is likely to gather pace in the coming weeks as the deadline of 1st July 2020 for the adoption by the Joint Committee of a decision to extend the transition period, approaches.

In the modern style of virtual meetings during the current Coronavirus lockdown, the talks are likely to begin by video conference with a total of 100 officials from both sides expected to join the call. This first round of negotiations are scheduled to last two weeks.

The UK Government is apparently hoping that success in the UK-US trade talks could give a £15bn boost to the UK economy.

According to the Sunday Times, the UK side believes that a skeleton deal with the USA could help the UK get a better deal with the EU in the  presently somewhat deadlocked  talks between the UK and the EU for a post – Brexit transition period relationship. An unnamed senior UK Government source is quoted as saying: “The key thing is that [UK-US] talks will be conducted in parallel with the Brexit talks”.

All parties seem to be conscious that negotiating by video conference is not an ideal way to sort out tricky problems – and that there is no substitute for a real beer ( or a glass of wine , if you please)  in a real bar to resolve difficulties but it will be interesting at least to see whether the UK-US trade talks do act as a stimulus towards success in the UK-US relationship talks!”

There are reports about increases in the number of financial speculators shorting or betting on a fall in sterling.

Currency speculation is a notoriously fickle affair and perhaps should not be viewed too seriously as a long -term financial barometer of the state of the nations affected by it.

However, the financial uncertainty engendered  by the current stalemate in the post-Brexit negotiations, coupled with the downward economic pressures caused by the Coronavirus, is an unwelcome fact of economic life both in the UK and in the EU and the sooner that that stalemate can be resolved the better, in everybody’s interest.