On 30th March 2021, the “Politico” news service published an online article entitled “Brits in Spain spooked by post-Brexit status” with the sub-heading, “ The end of free movement makes living in Spain more complicated – but fears of imminent deportation are far-fetched.” 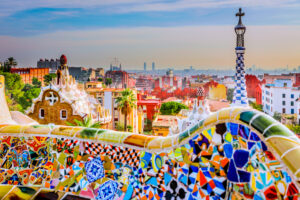 There were a number of articles in the UK press in the weeks leading up to the Politico article reporting on the uncertainty felt by UK expats in Spain about their residence status there following Brexit. The Politico article offered some reassurance that the Spanish and UK authorities were working together collaboratively to sort out specific issues.

The UK Government has produced a “Living in Spain” Guide, which is available on the GOV.UK website and which seeks to answer many of the questions that UK expats in Spain may have.  The Guide, which at the time of writing this blog was last updated on 8th April 2021, states specifically that it is a guide only and that “definitive information should be obtained from the Spanish authorities”. It does, however, address such matters as “Visas and residency”, “Healthcare” “Driving in Spain “ and “Working in Spain” and is definitely worth looking at by UK individuals with an interest in living and/or working in Spain.

On a broader level, the UK and Spain are significant trading and investment partners and there is also the sensitive issue of Gibraltar which affects both of them –  a Protocol on Gibraltar was agreed as part of the UK-EU Withdrawal Agreement of October 2019 and a further agreement is reported to have been reached at the end of 2020 between the UK and Spain with regard to removing some of the border controls between Gibraltar and Spain.

It is in the interests of both the UK and Spain – which have many shared points of connection – to keep relations between them open and positive.

On 7th April 2021, the UK Government’s Department for Digital, Culture, Media and Sport (DCMS) and the UK Competition and Markets Authority (CMA) issued a joint press release confirming the set-up of a Digital Markets Unit (DMU), initially sitting on a non-statutory “shadow” basis within the CMA, with a view to boosting online competition in the UK and helping to make sure that “tech giants such as Facebook and Google cannot exploit their market dominance to crowd out competition and stifle innovation online”.

The setting up of the DMU in the UK can be compared with work being done within the EU, which is proposing a Digital Markets Act and a Digital Services Act to strengthen the regulation of online market platforms within the EU.

The intention is that the DMU will be put on a statutory basis in due course and, meanwhile, the non-statutory DMU will carry out preparatory work (including evidence-gathering on digital markets) and provide support and advice to the UK Government with a view to putting the DMU on a statutory footing in some form, with strong powers to implement a new statutory regime to police online markets that have “strategic market status”.

The terms of reference of the non-statutory DMU describe one of the DMU’s functions as “engaging stakeholders across industry, academia, other regulators and government” and explain that “building close relationships with other experts in the UK and abroad will ensure diverse insights underpin the new regime and will build the foundations for international regulatory coordination. The non-statutory Digital Markets Unit will also work closely with industry to prepare for smooth transition following legislation.”

The non-statutory DMU will work with UK regulators including the Information Commissioner’s Office, Ofcom and the Financial Conduct Authority “so that consumers and businesses are comprehensively protected and the new regime is coherent and effective”.

In the above-mentioned terms of reference for the non-statutory DMU (which accompanied the joint press release), the UK’s Department for Business, Energy and Industrial Strategy (BEIS) and DCMS state that UK Government is considering the final form and function of the statutory form of the DMU and will consult on final proposals, along with other key features of the regime, in the first half of 2021 and that it will legislate to put the DMU on a statutory footing “as soon as parliamentary time allows”.

The Times of 8th April 2021, in a comment article on the announcement of the DMU, remarked that this new Whitehall watchdog will have a “daunting challenge” on overseeing digital markets in the UK. It will be salutary to see to what extent the CMU co-operates with EU and others internationally in this regard.

The UK Government’s Trade Bill is nearing the end of its passage through Parliament towards Royal Assent, after some contentious debates along the way.

The original purpose of the Bill was to repatriate to the UK, following the end of the UK-EU post-Brexit transition period on 31st December 2020, the powers formerly exercised on its behalf by the EU in relation to anti-dumping and other international trade-related issues. In particular, one of the prime objects of the Bill is to set up a UK Trade Remedies Authority (TRA) for enforcement purposes. Indeed, even in advance of the passing of the Bill into law, the UK Government has set up a kind of shadow TRA, which is known as the UK Trade Remedies Investigation Directorate (TRID) and which is likely to become the TRA after the Bill becomes law.

On 1st April 2021, TRID issued its first “statement of essential facts” in a transition review of a retained EU trade remedy. The review concerned an anti-dumping duty on certain pre-and post-stressing wires and strands of non-alloy steel originating in the People’s Republic of China and, in its “statement of essential facts”, TRID confirmed its intention to make a preliminary decision to revoke the anti-dumping duty in its application to the UK because of the lack of sufficient evidence that the imports in question were damaging to the UK from an anti-dumping point of view. This preliminary decision would be made subject to any comments that came in during the 14-day public consultation period and, if then made, would subsequently need to be considered by the UK’s Secretary for International Trade for final decision.

All this arises because, as part of retained EU law, the UK retained various existing EU trade remedy measures following the end of the post-Brexit transition period and has committed in each case to conduct a transition review to assess whether they should be maintained and, if so, amended.

According to published UK Parliamentary papers, the stated aims of the Trade Bill as such are to:-

All this seems uncontroversial enough – where the controversy has arisen is over the extent to which TRA and/or the UK Parliament should vet proposed and existing trade agreements with governments and countries accused of genocide.  Eventually, after much debate, the UK Government agreed to support an amendment to the Trade Bill giving the UK House of Commons certain rights of scrutiny and to insist upon a parliamentary debate over such trade agreements where the House of Commons is not satisfied with the UK Government’s response to the claims of genocide.

Trade law and practice go to the very heart of international relations and the Trade Bill seems a very important step in enabling the current UK Government to fulfil its post-Brexit transition period trade strategy.