The Sunday Times of 18th April 2021 has reported on a letter signed by 30 representatives of the UK’s fintech industry to Rishi Sunak, the UK’s Chancellor of the Exchequer, urging him to put the fintech sector at the heart of the UK’s recovery plans, in line with the recent Kalifa Review of UK Fintech submitted by former Worldpay boss, Ron Kalifa OBE, to the UK Government and published on 26th February 2021.

According to the Sunday Times article, the UK has a 10% share of the global fintech market, generating £11 billion of sales a year – however, the Kalifa Review did argue that the UK’s strong position in fintech is under threat from a combination of Brexit, Covid-19 and competition from abroad.

The Kalifa Review proposed a number of measures to safeguard the UK’s position in the fintech sector, including the setting up in the UK of a Centre for Finance, Innovation and Technology (CFIT) to support international collaboration in the fintech sector and also the establishment of a £1 billion growth fund for investment in the UK fintech sector. Bearing in mind the effect of Brexit on free movement of persons, the Kalifa Review also recommended improvements to tech visas to attract global talent into the UK and boost the UK’s fintech workforce.

The Review commented in this connection that: “Brexit has created regulatory uncertainty in specific areas relevant to fintech. Firms must navigate the immigration system for European Union talent for the first time – whilst rival jurisdictions are rolling out aggressive attempts to lure talent in”.

The Sunday Times article refers to new figures which, according to UK industry body Tech Nation, show that in the January-March 2021 quarter investment into UK fintech ventures totalled more than US$6 billion (£4.3 billion ) – exceeding the US$4.5 billion raised in 2020 and matching the record for all of 2019.

The Kalifa Review concluded in its Executive Summary that “the time to act is now” and the Sunday Times article quotes Catherine McGuiness, policy chairwoman of the City of London Corporation, as saying: “It’s a really quite critical moment for the [fintech] sector …. For the UK, it’s a moment where we need to be working on our strengths – and this [ie fintech] is one of our great strengths”.

It was not long before the UK Government responded to these challenges – almost certainly in a pre-planned way – because on 19th April 2021 the UK Government’s HM Treasury published a press release outlining the steps that it is taking to support UK fintech. These include backing the UK’s Financial Conduct Authority (FCA) to progress with a “scale box” to support UK fintech businesses to scale up, backing the setting up of a CFIT as proposed by the Kalifa Review, taking steps to reform the listing and capital markets rules and confirming that it will set out shortly a detailed response to the proposals contained in the Kalifa Review. The press release also commented on a new initiative to establish a UK central bank digital currency and the setting up of a new taskforce to consider this initiative.

In a separate release, also published on 19th April 2021, the UK’s Department of International Trade confirmed that the UK would be setting up a FinTech Export Academy and a Fin Tech Champions Scheme to provide fintech sector-specific advice  – focusing (amongst other things)  on selected high potential fintech businesses and providing them with intensive support to reach international markets.

Fintech is clearly a sector to which the UK Government is giving high priority following Brexit. 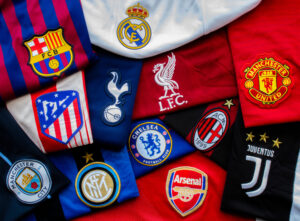 Reports in the week commencing 18th April 2021 of moves by 6 major English professional clubs to link up with 6 major mainland European professional football clubs (3 from Italy and 3 from Spain) to form a new European Football Super League, and the howls of disapproval from many quarters that greeted these reports, had led to speculation that litigation would soon follow. The implications for broadcasting and intellectual property rights were huge as well as the many other implications flowing from this proposal.

It now appears, however, that the clubs concerned have bowed to the disapproval of fans and others and that the proposed plans will not proceed – at least for now. It is instructive, nevertheless, to consider the legal implications of what was proposed as well as whether things might have turned out differently, had the UK continued as a member of the EU, bearing in mind that the European Super League proposals very much covered football both in the EU as well as in the UK.

The UK Government weighed in almost immediately against the new Super League proposal with Oliver Dowden, the Culture Secretary, being quoted in The Times of 20th April 2021 as suggesting that under its new independent immigration policy the UK could bar players at foreign clubs from travelling to the UK for matches and also suggesting that policing support for Super League games in the UK could be withdrawn. There was also talk of UK competition and anti-trust law being applied against what could be described as the “cartel” nature of the proposed new Super League. Another suggestion was that the UK Government might seek to impose or enact windfall taxes against clubs and players participating in the Super League.

The other side of the argument was that in the private sector, clubs and other organisations should be free to conduct their businesses as they wish (within reason) and that the Super League is no more of a cartel arrangement than applies already in a regime that is tightly controlled by the governing football authorities currently.

The proposal by these twelve clubs to set up a new Super League for their own benefit has been described as their “Brexit” moment – with the clubs wanting to be free of the wider controls currently applicable where their interests have to be aligned with the interests of others. The paradox is that in a way the proposed Super League was about European re-integration as half of the clubs concerned come from the UK and the other half are from EU countries.

If the UK had remained in the EU, presumably the EU competition and other authorities would have had far more of an overarching say in the outcome, whereas in the event it was both UK and EU laws and regulators that were likely to be drawn in to the issues posed by the Super League proposal.

The Times  of 21st April 2021 included reported comments from the French, Italian and Spanish Governments which were as hostile to the Super League proposal as had been the earlier comments from the UK Government referred to above. The French Government, in particular, was reported to have called for the European Commission to assume new powers to regulate football in the public interest. Interestingly, however, the reaction from the European Commission appears to have been more muted  –  with The Times reporting  that “although Mariya Gabriel, the European Commissioner who covers football, made clear her opposition to the breakaway league there is understood to be reluctance in the Commission to involve itself directly in the governance of sports”.

How the aftermath of the European Super League proposal shapes out will no doubt become apparent in due course as will the effect of Brexit on the future regulation of sport in the UK and in the EU.

April 22nd 2021 was “Earth Day”, marking the birthday of the modern environmental movement in 1970.

Tackling the toxic effects of climate change is one area where the UK and the EU have sought to co-operate in the aftermath of Brexit, whilst at the same time trying to harness their post-Brexit rivalries in a positive direction so as to promote climate change-limiting emissions targets and other measures designed to reduce the adverse effects of industrial and other human activities on the environment.

In a supplement entitled “Climate change now”, published on “Earth Day”,  The Times of 22nd April 2021 focuses on various issues which are relevant to the COP26, the UN Climate Change conference to be held in Glasgow in November. One of the articles in that supplement is headed “The EU won’t be beaten by the British” and describes how the lead taken by the British in setting ambitious emissions targets is incentivising EU leaders to set ambitious emissions targets of their own.

The Times article, written by Bruno Waterfield, Brussels correspondent, comments that “Europe’s leaders have found a reason to work together on tougher climate goals. They don’t want to lag behind Brexit Britain.”  At the same time, the article describes clearly how the UK and the EU are working together to strengthen measures to deal with climate change. Alok Sharma, the UK minister in charge of the UK’s preparations for COP26, and Frans Timmermans, the Dutch second in command at the European Commission, who is responsible for promoting EU Commission policy on climate change reductions, apparently communicate regularly to prepare for a successful COP26, with The Times quoting Mr Timmermans as saying “We want Europe to be the first climate-neutral continent by 2050, but we need to inspire others around the world to follow the same path. So a bit of competition in the race to zero emissions between the UK and the EU is good for all of us in the end. The more countries join this race, the better”.

A letter to The Times, published on Earth Day, from HRH Prince William, Duke of Cambridge, and others, promotes “The Earthshot Prize” to be awarded annually in five categories for innovative ideas to help solve the world’s environmental crisis, and argues that “we must transform our relationship with our planet, learning from those already living in harmony with nature and recognising that we all have a part to play. A better future is possible”. This is very much in line with the UK-EU thinking on climate change issues.

It will be interesting to see where what The Times article describes as a “UK-EU success story” on environmental co-operation in the preparations for COP26 leads.