Brexit update: It’s all about trade – Norway, Switzerland and Poland

Brexit and a Norwegian Saga 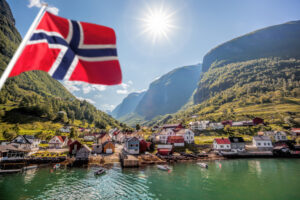 The online newsletter, City AM, for 24th May 2021 reported that negotiations between the UK and Norway for a comprehensive free trade agreement were at risk of collapsing, as one of the parties in Norway’s Coalition Government, the Christian Democrats, planned to block opening up the Norwegian market to UK beef and cheese exports, fearing (according to the City AM report) that non-tariff success would put many farmers in Norway out of business. The other two parties in Norway’s Coalition Government, the Conservatives and the Liberals, however, seemed more positive at that point about reaching a comprehensive free trade agreement with the UK.

On 8th December 2020, the UK announced that it had signed that day a Brexit rollover deal with Norway and Iceland, essentially rolling over the existing EU deal with those countries so that it applied to the UK – Norway/Iceland context directly. According to a City AM report at the time, this rollover deal covered trade in goods and ensured that 95% of the goods traded with Norway and over 90% of the goods traded with Iceland would remain tariff-free.

It was always apparently the understanding, however, that the Brexit rollover deal signed by the UK with Norway and Iceland would be the precursor to more broad-ranging free trade negotiations with those countries.

So far as Norway is concerned, however, there have been some problems in reaching agreement with the UK on a more broad-ranging free trade deal. In particular, a fishing deal between the UK and Norway was reported to have collapsed at around the beginning of March 2021 because of the failure of the UK and Norway to reach agreement on annual catches. This was thought to have led to the Hull-based freezer trawler giant, Kirkella, being put temporarily out of business until the end of 2021.

Norway is similar to the UK in many ways – not least in its seafaring and democratic and cultural traditions.  Although it does have a much smaller population (under 5 million people) but a much larger land-mass (148, 729 square miles) than the UK, importantly it shares the same wish as the UK to be free of central control from the EU. The question was whether the geographical proximity of the two countries, as well as the ties of friendship which bind them, would be sufficient to enable them to overcome the difficulties in their free trade negotiations.

Any cause for hope that the difficulties might have been overcome and a new deal reached quickly, was dashed when an article in the City AM of  28th May 2021 reported that a wide-ranging free trade deal between the UK and Norway would have to be pushed back to a later date because Norway’s Christian Democrats had failed to reach agreement with the other two governing parties in Norway’s coalition government on the way forward in the trade negotiations with the UK. With national elections in Norway due to be held on 13th September 2021, the article speculated that it was now unlikely that a new deal would be reached between the UK and Norway before 2022 as any new Norwegian Government would have to approve what had been agreed so far and reach consensus on outstanding issues.

However, one should never abandon hope and an article in the City AM of 3rd June 2021  confirmed that in a new development a UK-Norway trade deal is now set to be done by Saturday 5th June 2021, with tariffs being slashed on British agricultural exports to Norway, such as beef and cheese, in return for greater access being provided to the UK for Norwegian fish imports. The City AM article also speculated that the deal is likely to include more digital provisions for data than the current EU-Norway trade deal, which the UK had previously rolled over. It appears from a subsequent City AM report that the proposed new UK-Norway trade deal would also extend to Iceland and Liechtenstein and cover £21.6bn of trade currently undertaken between the UK and these three countries.

Indeed a tweet from the UK’s International Trade Secretary, Liz Truss MP, on 4th June 2021 has announced that “We have a new trade deal with Norway, Iceland and Liechtenstein covering £21bn of trade. It’s their most advanced digital deal. It gives UK farmers more access. It supports 18,000 fish processing jobs in Scotland and Northern England.”  This tweet has been followed by a formal announcement from the UK Government on the same date that such a deal in principle has indeed been done.

On 26th May 2021, City AM, the online newsletter, published an article stating that from that day Swiss medical-technology companies would no longer be able to export duty-free to the European Union as Switzerland and the EU had failed to agree to a long-anticipated political treaty that would cover trade between them. The headline to the article talks in terms of €227 billion of trade being at risk and the article itself suggests that one of the effects of Brexit has been to cause the EU to tighten its criteria for trade deals with third countries.

In reference to Switzerland, the article states that for a long time the EU and Switzerland have managed their trade relationship “through a range of loose individual deals” but that so far they have been unable to reach an overarching deal on trade matters. According to the article, Switzerland’s med-tech sector employs over 60,000 people, accounting for around 3% of Switzerland’s Gross Domestic Product (GDP) and both imports from the EU and exports to the EU are likely to be affected by the failure to reach an overall deal, with industry groups like Swiss Medtech reportedly estimating that product-development costs for Swiss medical technology companies could rise by 30% as a result of barriers to trade in obtaining supplies of relevant parts and materials from the EU.

As if the Swiss med-tech sector issue were not serious enough, the City AM article says that the current “showdown” between Switzerland and the EU could also hurt Switzerland’s electricity market, industrial companies and banking sector.

The Brexit effect is perhaps encapsulated in the quote which the City AM article contains from Nicolas Veron, a fellow at the Brussels-based think tank Bruegel, to Bloomberg earlier that day: – “With Brexit, the EU has had to think harder about what it means to be in the single market and what rights and privileges come with it.”

This quote is consistent with the “hardening of tone” that some are detecting from the EU, post-Brexit.

An article in the City AM of 28th May 2021 confirmed that the Swiss Government had advised the European Commission that it was ending its efforts to reach an agreement on a long-term anticipated political treaty that would cover trade between the two countries – according to the article, Switzerland had refused to agree to an EU demand that the treaty would include freedom of movement stipulations.

Switzerland and the UK, who already have much in common,  may well see themselves increasingly in the future as close bedfellows as far as EU relations are concerned.

On 27th May 2021, the UK Government updated its Guidance on “Living in Poland”. The Guidance covers topics such as “visas and residency”, “healthcare”, ”professional qualifications”, “money and tax” and “returning to the UK”.

This made Poland the UK’s 14th largest trading partner in the four quarters to the end of Q4 2020, accounting for 1.7% of total UK trade (according to data sourced from the latest ONS (the UK’s Office for National Statistics) publication of UK total trade data).

Particularly given the strong ties of culture and family between the UK and Poland and Poland’s relative importance as a continuing EU member state, the UK’s trade and investment profile with Poland matters and no doubt will be closely observed by those monitoring these things in the post-Brexit era.