“Incoterms” (a registered trademark of the International Chamber of Commerce (ICC)) are standard contractual provisions in relation to the international sale of goods, which have been developed by the ICC, and the latest edition of Incoterms is Incoterms 2020 which came into force for new contracts on 1st January 2020 (though contracting parties are free not to adopt or to deviate from those provisions as they wish). 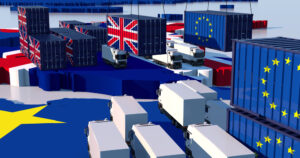 Incoterms have a particular relevance following the expiry of the UK-EU post-Brexit transition period on 31st December 2020 because of new rules applying to trade in goods between the UK and the EU under the terms of the UK-EU Trade and Cooperation Agreement of December 2020 (TCA) and contracting parties should review how Incoterms should be incorporated into new contracts as a result and should also consider how they apply to existing contracts in the light of the overriding changes (both tariff and non-tariff-related) introduced by the TCA. The new Rules of Origin applying under the TCA to the international sale of goods may in particular have a knock-on effect on how Incoterms apply to particular UK-EU transactions. Additional transportation costs caused by the UK’s departure from the EU’s Single Market and Customs Union may also affect the application of Incoterms to the contracts where such additional costs are incurred.

Incoterms use acronyms to define the different categories of trading terms covered by Incoterms and two that have come under particular scrutiny following Brexit are “DDP” (Delivery Duty Paid) and “DAP” (Delivery at Place). Generally, under “DDP” the buyer is only responsible for unloading the goods at the place of delivery (often the final destination) whereas the seller is responsible for everything else, including packing, labelling, freight, Customs clearance, duties and taxes. By contrast, under “DAP”, the buyer is responsible for not only the unloading, but the Customs clearance, duties, and taxes as well. “DDP” and “DAP” are considered to be particularly important for e-commerce-type transactions.

It is important that UK-EU exporters and importers understand the implications of Incoterms 2020 for their cross-border contracts in the light of Brexit. Logically, this may also be true to some extent of transactions in goods between Great Britain and Northern Ireland in view of the new trading procedures applying between the two jurisdictions.

Brexit and the Lugano Convention 2007

The Lugano Convention 2007 (the 2007 Convention) on jurisdiction and the recognition and enforcement of judgments in civil and commercial matters is designed to make the recognition of civil court proceedings and judgments easier within Europe and up to now has benefited EU and EFTA countries (other than Liechtenstein).

The UK benefited from the 2007 Convention while the UK was a member of the EU but ceased to do so following the end of the UK-EU post-Brexit transition period on 31st December 2020. The UK had applied on 8th April 2020 to rejoin the 2007 Convention in its individual capacity following the end of the post-Brexit transition period and has received support for its application from EFTA countries. Press reports, however, now indicate that the European Commission is setting its face against UK accession to the 2007 Convention because the UK is no longer part of the EU or EFTA.

Daniel Ferrie (spokesperson at the European Commission) is quoted by Practical Law publications in their news update of 15th April 2021 as saying:-

“The Commission has conducted a thorough assessment of the request [by the UK to accede to the 2007 Convention] and has discussed it with Member States. It will come forward with a Communication in coming weeks.

It is worth noting, however, that the Lugano Convention [ie the 2007 Convention] is a tool within the EU-EFTA/EEA context. The UK has chosen to leave the EU, the Single Market and the Customs Union. It has chosen to have a more distant relationship with the EU than EEA-EFTA countries. These choices have to be taken into account when determining the EU’s position.

There are alternatives in the field of civil judicial cooperation, such as the multilateral Hague Conventions, which provide a framework for cooperation between the EU and third countries.”

The logic of the European Commission’s reported approach may to some seem hard to follow but some UK lawyers argue that it may be a kind of blessing in disguise as it could boost the UK‘s standing as a location for international arbitration proceedings, as such proceedings fall outside the scope of the 2007 Convention.

We shall have to see what happens but many would hope that the EU and the UK can resolve their differences over this issue.

Brexit and the Future Fund

One of the UK Government business support schemes set up to address the consequences of Covid-19 was the Future Fund scheme, which closed to new applicants on 31st January 2021.

Under this scheme, the UK Government made available equity-convertible loans, ranging from £125,000 to £5 million, to innovative UK companies which were facing financial difficulties due to the coronavirus outbreak. A number of conditions had to be satisfied, including a condition that the investee company concerned had to have raised at least £250,000 in equity investment in the previous five years.

The UK financial press has criticised the perceived lack of transparency in the investment process for these Future Fund convertible loans, with the names of the investee companies concerned not being made publicly available for business confidentiality reasons, as if these investments had been like typical private sector venture capital investment transactions where similar confidentiality practices might have prevailed.

The Times, in Articles on 12th and 14th April 2021, has explained that Future Fund convertible loans have been classified as commercial loans rather than “state aid” falling within EU State Aid rules which applied to the UK until the UK-EU post-Brexit transition period came to an end on 31st December 2020. This means that the Future Fund convertible loans did not have to be reported publicly or approved under the EU State Aid rules concerned.

In The Times Article of 14th April 2021, Katherine Griffiths, The Times Banking Editor, concluded: “Created in a scramble to help save the economy, the [Future Fund’s] terms are now worth revising. Taxpayers have a right to know what they’ve paid for – good or bad.”

The EU has been criticised recently for its allegedly over-cautious approach in responding to Covid-19 (particularly in the context of Covid-19 vaccine production), but perhaps in some areas (such as transparency under the EU’s State Aid rules) there are lessons for the UK to learn in implementing its ESG (Environmental, Social and Governance) and other investment criteria.