Brexit and the Horizon Europe Programme

Part 5 of the reformatted UK-EU Trade and Cooperation Agreement 2020/21 (TCA) provides for the UK to have the right to adhere to and participate in certain EU research and education programmes, subject to agreement on the UK’s financial contribution to those programmes and to the other conditions outlined in Part 5. One of these programmes is the Horizon Europe research funding programme and research projects covered by Part 5 TCA include what has been described as “quantum computing technologies of strategic significance” as well as European space and artificial intelligence research projects. 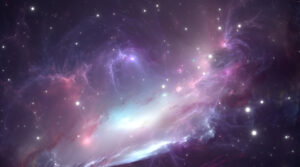 The Times of 8th June 2021 reported on an apparent attempt by the EU Commission (supported by France) to block non-EU countries on security grounds from access to and participation in sensitive high-technology research programmes such as Horizon Europe. According to The Times report, this apparent attempt would have affected the United Kingdom and Switzerland in particular since both these countries have actively participated in these programmes in the past and would have put the UK and Switzerland on a par with all other non-EU countries, including those countries which could be said to be actively hostile to the EU and the EU’s interests in many ways.

As reported by the Times, however, in its article, the EU Commission’s approach has been overruled by a majority of EU member states who through their governments will now take any decisions on whether or not to exclude the UK (and presumably Switzerland) from the research programmes in question on a “case by case” basis and according to “objective criteria that have been drafted in collaboration with [EU] member states”. An EU Commission spokesperson, conceding the point, is quoted in The Times article as saying: “The objective is not to exclude but to allow participation on proper conditions that reflect the strategic or security nature of the very limited number of actions concerned….”.

The Times article is headed “Brussels loses fight to block UK scientists” but we will need to see what happens in practice. As to whether or not the EU’s approach is consistent with the EU’s obligations to the UK under Part 5 TCA is an issue that may also lead to further debate.

The UK IPO consultation document states that since 1st January 2021 the UK has been unilaterally participating in the EEA regional exhaustion system, meaning that the IP rights in goods first placed on the market in the EEA with the consent of the IP rights holder are considered exhausted in the UK but, because the UK is operating the system unilaterally, the reverse is not true and anyone wanting to parallel export goods to the EEA should obtain permission from the rights holder before exporting the goods.

The consultation document highlights four options for the UK’s future exhaustion regime. They are:-

As highlighted by the consultation document itself, the Ireland / Northern Protocol to the UK-EU Withdrawal Agreement of October 2019 does complicate the situation, particularly in the context of a possible UK “national” regime of exhaustion of IP rights, because of the way that parallel goods may move from the Republic of Ireland and other EU member states into Northern Ireland (as opposed to the rest of the United Kingdom) without restriction once placed on the market in the EU with the consents of the IP rights holder concerned.

This is a complex area of law and practice and it will be interesting to see what comes out of the UK IPO consultation, which is scheduled to run for some 12 weeks until 31st August 2021.

Brexit and the Internet of Things

The so-called Internet of Things (IoT) is a growing phenomenon in in the world of business and consumers.  Both the UK and the EU see themselves as technological leaders in this field.

It is of interest, therefore, in the context of Brexit that on 9th June 2021 the EU Commission has published its preliminary report into markets for consumer IoT- related products and services in the EU. According to the accompanying press release, the findings of the preliminary report cover: (i) the characteristics of consumer IoT products and services, (ii) the features of competition in these markets, and (iii) the main areas of potential concern raised by respondents in relation to the current functioning of consumer IoT markets, as well as in relation to their future outlook.

A public consultation will now be held on the preliminary report until 1st September 2021 and the EU Commission’s aim, according to the press release, would be to publish its final report in the first half of 2022.

Cost barriers to entry and competition law issues would appear to be amongst the most significant areas for the EU Commission to focus upon in its reports.

The UK will no doubt consider carefully the published material that comes out of the EU Commission’s deliberations.