Brexit and the Struggle for Talent

Six months on from the end of the post-Brexit transition period, the British media are full of stories about the lack of staff to fill UK jobs in different skills sectors – and the finger is often pointed at Brexit and the consequential loss of EU citizens from the UK workforce as a major reason for this. 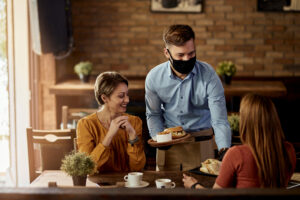 On 4th July 2021, The Sunday Times newspaper published a number of relevant case studies. Under the heading “Auf Wiedersehen, Britain”, the newspaper reported on the number of Poles who were swapping the UK for Germany as their place of residence and work – the sub-heading to the article talked of “the Covid-driven exodus of EU workers who now prefer Germany – and aren’t coming back”, although  it is clear from the article that Germany is not the only EU destination which is attracting EU workers formerly based in the UK.  (It seems clear from such articles that Covid is a factor but Brexit perhaps even more so).

Other articles in the same Sunday Times edition speak for themselves: “Wanted : 68 chefs for the Lakes [England’s Lake District]” and, reciting the woes of some UK fruit farmers,” Our vegetables are rotting in the fields – soon imports will fill the shelves instead”.

All these articles suggest the need for the UK to apply its new points-based immigration system pro-actively so that skills shortages can be filled by EU and other overseas workers as required at short notice – whether the inherent uncertainties in this approach will appeal to EU or other overseas workers who may want less complexity and a more settled life remains to be seen, although seasonal workers, for instance, in the fruit-farming industry may be prepared to accept these uncertainties as quite normal.

The Sunday Times Business News section of 4th July 2021 focuses on the financial services sector with an article entitled “From Paris with love: Macron and Sunak’s tussle for talent” and sub-titled “The Brexit effect is being felt as rival financial centres threaten London’s pre-eminence”. Interestingly, whilst the article reports on the tussle between Paris, Frankfurt, Luxembourg and other EU-based centres with London for financial services sector business, it seems clear from the article that other non-European financial centres (such as New York and various Far East centres) are growing rapidly, possibly at the expense of London and mainland Europe.

Brexit is of great significance to the UK and no doubt the UK Government will continue to take note of these talent-related issues and act accordingly.

On Ist July 2021, the Nissan car company announced plans for the building of an electric battery manufacturing plant in Sunderland – a so-called electric battery “gigafactory” – to support Nissan’s car manufacturing factories in that area. The talk is of a total investment of £1 billion in the plant of which the UK Government and other UK public authorities would be contributing about £100 million, Nissan about £450 million and Envision AESC (the Chinese company that supplies Nissan’s electric batteries) about £450 million.

According to an article in the online newsletter, City AM, on 5th July 2021, “Nissan’s messaging was clear …with Ashwani Gupta, Nissan’s COO declaring it was “thanks to Brexit” that Nissan is “moving forward” to use Britain’s newfound freedom as an opportunity”.

The Times, in a leader article on 2nd July 2021, said that Nissan’s decision is “a poke in the eye for those who predicted that Britain ‘s decision to leave the European Union would lead the Japanese carmaker to stop manufacturing in Britain”.  The Nissan announcement closely followed the introduction by the UK of its Subsidy Control Bill into Parliament and the £100 million subsidy to be contributed by the UK Government and other public authorities to the project is said to be in line with the UK Government’s vision for how the Bill should work, replacing as the Bill does the former EU state aid regime which applied to the UK (and still largely does apply in Northern Ireland) when the UK was an EU member state.

It is estimated that Nissan’s Sunderland electric battery manufacturing project will secure 1600 jobs in the North East of England and comes at a time when it is reported that another electric battery gigafactory is planned for Coventry in England’s Midlands, which would create 4500 jobs, and one planned by Britishvolt for Northumberland, which would create 3000 jobs.

The UK’s plans for electric battery gigafactories take into account the reformatted UK–EU Trade and Cooperation Agreement 2020/21 under which, according to the above-mentioned Times leader article, “Britain can export any UK-made car to the European Union tariff- free only until the end of 2026. After that, requirements for a majority of British or European-made components would mean punitive tariffs on cars with batteries imported from elsewhere, high enough to cripple the industry. Britain has just six years to build its own battery supply chain or face the economic consequences. Last autumn the [UK] government announced a £500 million battery fund, though this is dwarfed by the €3 billion that Brussels is providing to lure production to [EU] member states.”.

The Nissan electric battery gigafactory project will be watched closely by many observers, not least because of its importance to the UK economy and because of what it may tell us about the implementation of  UK’s subsidy policies in the future.

Brexit and the Lugano Convention

Whilst the relevant EFTA States (Norway, Iceland, Liechtenstein and Switzerland) have indicated their agreement to UK accession to the Lugano Convention, the EU has so far declined to do so and a further mark of this is that on 28th June 2021 the EU deposited a “Note Verbale” (dated 22nd June 2021) with the Federal Department of Foreign Affairs of Switzerland (in its capacity as Depository for the Lugano Convention) stating that the EU “is not in a position to give its consent to inviting the UK to accede to the Lugano Convention”. The Swiss Government Depository formally acknowledged receipt of this Note Verbale by a letter dated 1st July 2021.

The fact that the EU has not rejected the UK’s accession application outright means that at some point the EU may possibly accept the application and it has been said that, whilst the European Commission in a communication published on 4th May 2021 has recommended non-acceptance by the EU of the UK’s accession application, the final decision on this subject rests with the Council of the EU, which is due to vote on the matter. For the Council to approve the application, it appears that a qualified majority (15 of the 27 EU member states) must vote in favour of it.

We shall see what happens!