Brexit and the UK Fashion Industry

On 2nd February 2021, more than 400 figures from the UK fashion industry were reported by the BBC to have signed an open letter to the UK Prime Minister, Boris Johnson, warning that post-Brexit red tape and travel restrictions threatened the survival of the UK fashion industry and calling upon the UK Government to take urgent steps to ameliorate the situation. 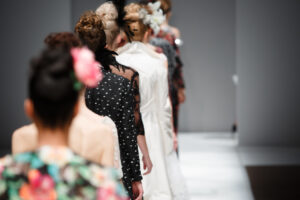 The letter is reported to have said that the UK fashion industry is worth £35 billion per year to the UK and employs one million people and to contribute “more to UK GDP than fishing, music, film and motor industries combined”.

The Sunday Times of 21st February 2021 has now reported on the UK Government’s response to the letter from the UK fashion industry. According to the Sunday Times report, in the run-up to London Fashion Week which began on 19th February 2021, Oliver Dowden, the UK Government’s Culture Secretary, responded to Tamara Cincik, the head of Fashion Roundtable, the lobbying group that organised the fashion industry letter, apparently saying that the UK had extended visa-free travel to creative professions from Europe, and that efforts were under way to encourage the EU and individual EU member states to reciprocate.

Mr Dowden is reported to have been criticised by the UK fashion industry as “patronising” for allegedly urging prominent UK fashion figures to lend their “star power” towards supporting these efforts by the UK Government to persuade the EU and EU member states to relax their visa rules so as to make it easier for UK fashion professionals to work in countries across the EU.

Apart from visa-free travel, issues have also apparently arisen in relation to rules of origin and other tariff and non-tariff barriers to trade between the UK and the EU, despite the vaunted achievements of the UK-EU Trade and Cooperation Agreement of December 2020. The Sunday Times article refers to small and medium-sized fashion businesses in the UK complaining that they are unable to negotiate the new customs and VAT rules and pointing out, for instance, that small accessories, such as belts, are being treated as “metals”  and subjected unexpectedly to export tariffs accordingly.

Tamara Cincik is reported to have responded to Mr Dowden’s response that “without urgent action [on the part of the UK Government], we are facing a permanent exodus of talent, or business closures, from our industry”.

It may be that the appointment announced on 17th February 2021 of Lord David Frost as the new UK Cabinet Minister responsible for post-Brexit planning, with effect from 1st March 2021, will give an added impetus for the UK Government to address the issues of the UK fashion industry and of the UK’s creative industries in general but we may have to wait and see.

It is also worth bearing in mind that in a separate section of the newspaper, the Sunday Times of 21st February 2021 reports on how fast growing mid-market UK exporting companies from other sectors of the economy “have thrived from close ties with Europe and still see untapped potential” –  they are described as “gazelles [that] leap trade barriers”.

It seems that Brexit is affecting different parts of the UK economy in different ways, with the creative industries and their dependency on visa-free work-related travel being one of the more vulnerable areas.

Brexit and the Call for a new UK-France ”Entente Cordiale”

The relations between the UK and France have long been deliciously complex.

It is, therefore, of interest to read the letter to The Times from Vernon Bogdanor, Professor of Government at Kings College, London, which was published in that newspaper on 25th February 2021, in which he called for a renewal of the “entente cordiale” between the two countries in the light of Brexit.

The first “entente cordiale” (English: “cordial agreement”) was a series of agreements signed on 8 April 1904 between the UK and France, which dealt with specific issues of the time relating to colonial demarcation but, perhaps of more relevance currently, marked the end of almost a thousand years of intermittent conflict between the two countries and their predecessors – and a coming together of two powers which had often been deeply mistrustful of each other in the past.

Professor Bogdanor comments in his letter on suggestions that President Macron of France has a grand plan to be the next Charles de Gaulle and to make France an even more influential power in Europe than it is presently and to make Europe itself more self-sufficient strategically. Professor Bogdanor’s thesis, as expressed in his letter, appears to be that the UK and France need to work more closely together in many ways for the better security of free Europe, notwithstanding Brexit. It is this that requires a renewal of the “entente cordiale” between the two countries. He appears to counsel against President Macron leaving the UK out in the cold over European strategic co-operation as General de Gaulle may have done in the past.

Whether or not Professor Bogdanor is correct in his analysis, the case for UK-French co-operation on many levels would seem to be very strong and it is to be hoped that current post-Brexit irritations between them on matters such as financial services “equivalence” (technically, a  UK-EU issue but where France seems to take a strong line) can be resolved.

The UK–French relationship has been given added piquancy with the publication in 2021 of the book “Cool Britannia”, written by Sylvie Bermann, French Ambassador to the UK firm 2014 to 2017, giving her wry reflections on the UK and some of its leading politicians in the light of Brexit. According to a two-page interview with Mme Bermann in The Times of 27th February 2021, Mme Bermann is of the view that with the world quickly resolving into three poles of economic and military power – the US, the EU and China – the UK has doomed itself to unappetising choices; and, in particular, by exiting from the EU, the UK has succeeded in uniting together a continental bloc of of 27 countries (which in Napoleonic times the UK would have feared). Be that as it may, Mme Bermann does not appear too pessimistic about the future of the UK. She is quoted in The Times article as saying that: “The British are not people who cry over spilt milk. They will bounce back because they are dynamic, while having the talent”.

On 25th February 2021, the European Commission issued an updated Notice to Stakeholders on the effect of Brexit on EU company law as such law applies to the UK and UK – incorporated companies.

The update refers to the expiry of the post-Brexit transition period on 31st December 2020 and the signature of the UK-EU Trade and Cooperation Agreement (TCA) on 30th December 2020 and concludes that the legal effects of the end of the transition period are not altered by the TCA from an EU company law perspective and that the European Commission’s analysis remains the same as set out in its earlier Stakeholder Notice of 3rd July 2020 on the effect of Brexit on EU company law.

The updated Stakeholder Notice confirms in particular that since the end of the transition period, companies incorporated in the UK are considered as “third country” companies from an EU company law perspective and are, therefore, not covered by Article 54 of the EU Treaty on the Functioning of the European Union (TFEU), which is concerned with the recognition throughout the EU of companies incorporated in one EU member state which have their central administration or principal place of business somewhere within the EU. As a result, as stated in the Notice and “in accordance with the case law of the Court of Justice [of the EU], [EU] Member States will not be obliged to recognise the legal personality (and thus the limited liability) of those companies incorporated in the [UK] which have the central administration or the principal place of business in an [EU] Member State”.

The updated Stakeholder Notice also confirms the views of the European Commission as set out in the earlier Stakeholder Notice of 3rd July 2020 on a number of other matters relevant to EU company law as impacted by Brexit, including EU branches of UK companies;  company incorporation, capital maintenance and alteration; cross-border mergers; shareholder rights and engagement; takeover bids; the Business Registers Interconnection System (BRIS); and European corporate structures.

The Notice deserves study by anyone concerned with EU company law and the impact of Brexit on UK companies operating in or trading with the EU.