Brexit and the proposed EU Regulation on Foreign Subsidies 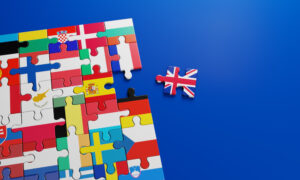 The apparent EU Commission objective for the proposed Regulation (as outlined in the Explanatory Memorandum which accompanied the draft Regulation) appears to be to close a regulatory gap in EU law and governance whereby subsidies granted by EU Member States to mainly EU businesses are subject to strong rules under the EU state aid regime whereas subsidies by third countries, benefiting non-EU businesses which are active in the EU, are not subject to such strong EU state aid regulation (if at all) – resulting in distortions on the EU market to the possible detriment of EU businesses.

The draft Regulation, if enacted, could certainly have an impact on UK businesses operating in the EU and add to the burden of obligations in respect of subsidies to which they may already be subject under the reformatted UK-EU Trade and Cooperation Agreement 2020-21 (TCA) .

The Explanatory Memorandum to the draft EU Regulation begins with the statement that the EU “is closely intertwined with the global economy”, with trade in goods and services worth €5984 billion in 2019 (equating to 16.4% of overall global trade). It is not surprising, therefore, that the EU Commission should seek to close perceived gaps in its regulatory armoury affecting trade and investment, such as those relating to foreign subsidies under the terms of the draft Regulation.

The draft Regulation will need to be considered by the Council of the EU and by the European Parliament if it is to be passed and will be referred to those EU bodies by the EU Commission accordingly. In addition, there is an opportunity for public feedback on the draft Regulation until 21st July 2021.

At a time when the UK Government has announced a proposed Subsidy Control Bill for the UK, there is clearly a lot happening in this area of law in both the UK and the EU and it will be interesting to see how aligned the respective UK and EU proposals are and their impact upon the provisions of the TCA to which (as between the UK and the EU at an international level) they are subject.

Brexit and an EU Proposal for a secure European Digital Identity

One of the cultural differences between the UK and other European nations is the historical reluctance on the part of the UK to adopt a system of national identity cards or anything approaching mandatory compliance with state-sponsored digital identity systems. There are some exceptions such as the increasing digitalisation of the processes for obtaining a UK driving licence – which is probably one of the main reasons why driving licences are often used to prove identity for various purposes (such as compliance with anti-money laundering rules).

The EU does things differently – probably at least in part in response to the perceived need to have a degree of harmonisation amongst large numbers of disparate peoples within the EU –  and on 3rd June 2021 the EU Commission published a proposed framework “for a European Digital Identity which will be available to all EU citizens, residents, and businesses in the EU”.  To address human rights “big brother” type issues, the EU Commission press release on the subject states that “use of the European Digital Identity will always be at the choice of the user”, although from the user access standpoint “very large platforms will be required to accept the use of European Digital Identity wallets upon request of the user, for example to prove their age”.

Under the proposed new EU Regulation, according to the press release, “[EU] Member States will offer citizens and businesses digital wallets that will be able to link their national digital identities with proof of other personal attributes (eg driving licences, diplomas, bank account). These wallets may be provided by public authorities or by private entities.”

It will be interesting to see what path the UK decides to follow to address the needs covered by the EU proposal for a secure European Digital Identity.

Section 172 CA 2006 in many ways lies at the heart of UK company law and is about the duty of a director of a UK company to “act in the way he considers, in good faith, would be most likely to promote the success of the company for the benefit of its members as a whole”. The underlying theme is that directors are there to make profits for their companies but section 172 does mitigate this requirement by saying that in fulfilling their section 172  duty, they must, nevertheless, “have regard (amongst other matters) “ to various other specified factors, such as “the impact of the company’s operations on the community and the environment”.

With the movement towards putting “ESG” (environmental, social and governance) taking increasing hold in the corporate world – and with the UK and the EU both trumpeting their ESG credentials in the post-Brexit era – there are moves afoot to strengthen the duties of directors of UK companies to give weight to ESG factors in their decision-making.

James Kirkup, Director of the Social Market Foundation, a UK think tank, has written an article for The Times of 3rd June 2021 on the subject under the title “The overdue change to the law that could save British capitalism”, pointing to the work of his organisation and of two other UK organisations, the Better Business Act campaign and the ReGenerate think tank, which are focusing on these issues.

According to Mr Kirkup’s article, The Better Business Act campaign, wants to replace the “have regard” concept in section 172 by a duty on directors of UK companies to give equal weight to shareholders and stakeholders, bringing together profit-making and ESG objectives into dynamic alignment so that, while continuing to focus on their profit-making duties, directors would have to report on how they were doing so, taking into account their companies’ ESG responsibilities.  The ReGenerate think tank is also addressing these issues.

There is nothing that novel about the ESG idea – and Mr Kirkup mentions in his article the socially responsible values espoused by a number of Victorian age business pioneers in promoting good business practices – but it seems clear that in the post-Brexit era the UK will continue to develop it in formulating its corporate laws.