Brexit and the Environment

On 20th July 2020, the UK Government published a speech given by George Eustice MP, the Environment Secretary, which emphasised the determination of the UK Government to go its own way with environmental policy following the end of the Brexit transition period on 31st December 2020 – not, it seems, for the sake of being different but with a view to promoting its own approach to the setting of high environmental standards.

Mr Eustice made his speech, partly in the context of a new Environment Bill currently before the UK Parliament, and he announced that the UK Government would shortly be publishing a paper setting outs its approach to setting long term targets on biodiversity, waste, water, and air quality so that these targets can be put in place by October 2022 by which time the new UK Office for Environmental Protection should have be established.

Mr Eustice made the point that the UK’s new freedom to set environmental policy after the transition period came with responsibilities and that “we will not be able to hide behind EU law when there are difficult decisions to make or indeed blame the EU when things don’t work. Instead we must level with people about difficult decisions and take responsibility for delivering the change that is required”.

This did not mean abandoning “flagship” EU directives like the Habitats Directive or the Birds Directive but rather taking forward environmental initiatives that were sometimes better dealt with at a national rather than a supranational level, such as specific initiatives to safeguard UK fauna and flora.

Mr Eustice mentioned in his speech that the UK would be hosting  COP26 (the UN Climate Change Conference) in Glasgow in November 2021 and is clearly mindful that the spotlight will be on the UK at that time to take a role in combating the adverse effects of climate change and biodiversity loss.

It seems that the UK wishes to continue its pro-active environmental agenda for the future and in this context should in many ways be on the same page as the EU , with hopefully  scope for future co-operation between the two sides ( even though the UK’s approach will be an independent one). 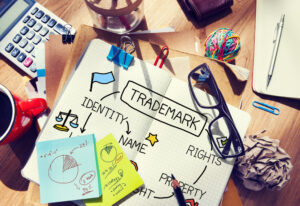 On 23rd July 2020, WIPO published a notice on its website explaining the implications of the forthcoming end of the Brexit transition period on 31st December 2020 for users of the Madrid system of international trademark filings.

The notice takes into account confirmation that WIPO has received from the UK Government that such trademark filings through the Madrid system would continue to enjoy comparable protection in the UK from 1st January 2021 as UK trademarks as they had enjoyed in relation to the UK when filed as European trademarks.

On 30th July 2020, WIPO published a similar notice in relation to industrial designs which have been the subject of international filings as at the end of the Brexit transition period. Again, this takes into account similar confirmations received from the UK Government that such filings would continue to be recognised in relation to the UK.

The pieces of the post-Brexit jigsaw puzzle are being put together, at least in so far as intellectual property is concerned.

Brexit and Getting EU Funding during the Transition Period

On 5th August 2020, the UK Government issued a notice of the continued availability of EU funding during the transition period.

The notice listed, on a non-exclusive basis, up to 32 EU schemes where EU funding was in principle available during that period to UK applicants – the implicit message seemed to be that, as the UK had contributed to the EU budget for the transition period, interested UK parties should get in their EU funding applications and take up their EU fundings while they can.

Where EU funding has already been awarded, the notice confirms that it should still be available even if it is only due to be received after the transition period.

The notice did confirm that some of the EU funding schemes might cease to be available to new UK applicants before the end of the transition period and therefore the implied message seemed to be “get in quickly with your applications”.

The notice also confirmed that a small number of EU projects may have their funding stopped “for security reasons” and that “if you’re told that this affects you, contact the UK government in charge of your funding”. It is not clear from the notice what would happen then but at least the notice holds out the prospect that the UK Government would address the situation.

The notice also holds out the possibility that, by agreement with the EU, a number of the EU funds may continue to be available to UK applicants after the transition period (presumably on the basis that the UK would continue to contribute to the budget for those funds) but that at the moment this seems to remain a matter for negotiation.

There has been widespread concern that UK applicants would miss out in the future on what are some very good EU funding programmes and a degree of comfort, therefore, might be taken from the nature and tone of the UK Government notice.

Further news on this subject is awaited.

Brexit and the Northern Ireland Protocol

On 6th and 7th August 2020, the UK Government published a number of detailed guidance notes on moving goods into and out of Northern Ireland in accordance with the Northern Ireland Protocol to the UK-EU Withdrawal Agreement.

The guidance notes give as headline points:-

The detail will, however, need to scrutinised carefully to see how true these aphorisms are.

On 12th August 2020, the Financial Markets Law Committee (FMLC) published a letter which it had sent on that day to the UK Ministry of Justice (MOJ) in response to the MOJ’s consultation on how and whether to extend the right to challenge so-called “retained EU case law” after the end of the transition period from the UK Supreme Court or the High Court of Justiciary in Scotland (as provided for in the original section 6 of the UK’s European Union (Withdrawal) Act 2018) to other courts or tribunals in the UK (as envisaged by the amended section 6 of the 2018 Act, as inserted by section 26 of the UK’s European Union (Withdrawal Agreement ) Act 2020).

“Retained EU case law” is essentially the body of case law of the European Court of Justice, as adopted into UK law at the end of the transition period, in accordance with the above-mentioned 2018 and 2020 Acts.

The self-proclaimed role of the FMLC, which is a UK legal charity, is  (according to its above-mentioned letter to the MOJ) “to identify issues of legal uncertainty or misunderstanding, present and future, in the framework of the wholesale financial markets which might give rise to material risks, and to consider how such issues should be addressed”.

The thrust of the FMLC’s letter to the MOJ is that the right to challenge retained EU case law should ideally not be extended to UK courts or tribunals beyond the UK Supreme Court or the High Court of Justiciary in Scotland but that, if it were to be so extended, such extension should preferably be confined to very senior courts such the Court of Appeal in England and Wales rather than being  granted more widely and that in any event clear and narrowly defined guidelines should be put in place as to how these lower courts and tribunals should exercise their powers.

The FMLC is clearly concerned about confusion that could arise in the international wholesale financial markets if the UK and EU judiciaries depart too widely from each other in their interpretation of retained EU case law.

There are various interest groups which are involved in this debate and the UK Government may well have to tread a careful and sensible path between them.

On 14th August 2020, the UK Government updated its guidance for those UK nationals living abroad who plan to return to the UK to live permanently with or without their families.

This guidance covers many situations, including those UK nationals planning to return from the EU to live in the UK, and the various sub-headings of the guidance illustrate the wide-ranging scope of issues covered by the guidance.

The sub-headings  cover: “Ending your living abroad”; “Bringing family members to the UK”; “Bringing pets to the UK”; “Moving personal belongings to the UK”; “Tax if you return to the UK”; “Access to [benefits, housing services, NHS services, adult social care services, primary and secondary schooling, apprenticeships and higher and further education]” ; “Transport assistance”; “Driving licences and vehicle insurance”; “VAT on vehicles imported into the UK” ; and “Recognition of professional qualifications”.

Quite a comprehensive list of subjects, with no doubt the possibility of more to come!