Here is a selection of the latest Brexit-related items:

The UK and Negotiations with the EEA EFTA States 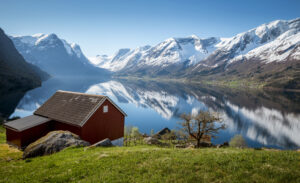 The UK Government published a policy paper on 20th July 2020 regarding the trade negotiations that the UK has started with Norway, Iceland and Liechtenstein, the three European Free Trade Association (EFTA) states within the EEA (the other being Switzerland, which is a member of EFTA but not of the EEA). These negotiations are going on at the same time as the parallel UK – EU negotiations and the hope is that they will lead to trade and other deals between the UK and each of those EFTA States to take effect from the end of the current Brexit-related transition period on 31st December 2020.

The policy paper describes the ambitions that the UK has for these negotiations and it seems clear that the negotiations with these three EFTA States are likely to concentrate on particularly important local issues (such as fisheries, in the case of Norway and Iceland) as well as a range of other issues that would commonly arise in the case of bilateral discussions between different countries. According to the policy paper, in addition to fisheries, the topics to be covered may well include: a Free Trade Agreement; Social Security Co-ordination; Internal Security; Mobility; Transport; Education; Research; Civil Judicial Co-operation; and Energy ( Electricity Interconnection).

The negotiations are being led by officials from the different ministries concerned and do not appear to have the politicised profile that the UK-EU negotiations have attracted.

Perhaps the belief is that success in these negotiations will act as an encouragement to the UK –  EU negotiators to do even better!

The UK and the Border Operating Manual

On 13th July 2020,  the UK Government Cabinet Office published a Border Operating Manual (BOM) with flowcharts, outlining the UK processes and procedures which are likely to apply to transfers of goods between Great Britain (GB) and the EU as from the end of the transition period on 31st December 2020. Trade in goods between GB and Northern Ireland is excluded from the BOM and is expected to be the subject of specific guidance at a later date.

The BOM encourages UK traders to prepare for changes to customs procedures which will be implemented in the UK from 1st January 2021 to 30th June 2021 (probably in many cases regardless of whether a new free trade deal is agreed between the UK and the EU). The changes may include obtaining (if not already obtained) a UK Economic Operator Registration Identification (EORI) number from HM Revenue & Customs (HMRC); applying for a duty deferment account; and identifying or capturing commodity codes and customs valuations and considering how customs declarations to HMRC systems will be made.

UK traders are recommended to consider appointing an experienced customs intermediary to help them understand and implement the new UK processes and procedures.

New IT systems  (such as a track and trace – based “Smart Freight System” for the “roll on, roll off” freight sector to ensure that drivers and vehicles arriving at UK ports for the export of goods to the EU come equipped with the right export documents) are in the course of development but it is not clear to what extent they will be operational before the end of the transition period.

Clearly this is an area of  post-Brexit activity where much work needs to be done on the ground to make import and export systems effective – both at the UK and EU sides of the border.

The UK’s HMRC has backed up the BOM by publishing guidance about the proposed changes to UK VAT law and practice on the import of certain goods from the EU following the end of the transition period.

Reporting on the Fifth Round of Full UK-EU Negotiations

On 23rd July 2020, both the UK and EU negotiating teams issued statements on the outcome of the fifth full round of their negotiations that week for a post-transition period UK- EU relationship.

It always seems to be a case of reading between the diplomatic lines as to what such statements are really trying to say but The Times’ take on these statements was summarised in the headline to its report on 24th July 2020, namely: “Quiet progress on Brexit raises hopes of September trade deal”.

The UK and EU statements suggest that both sides are prepared to make concessions – the UK appears to accept that there should be one overall UK-EU relationship agreement rather than a series of separate agreements on different topics,  with a single arbitral-type body to police the different aspects of such relationship agreement rather than the separate independent agreements that it was holding out for; and the EU appears to accept that the European Court of Justice would have no direct role in adjudicating upon the EU law aspects of the deal.

Both sides reported good progress in narrowing differences in the areas of social security co-ordination and the UK’s participation in EU programmes.  The EU statement also mentioned positive discussions on transport and energy, but added that that the UK Government continued to argue for single market-type benefits (with the implication that such benefits were not on offer).

Great differences remain over the EU’s demands for a “level playing field”, which impacts on state aid and competition law, and over fishing rights in UK waters …but if indeed  these were the only difficulties, the twinkle in the eye of the UK and EU statements may suggest that they are surmountable.

Both sides are clearly conscious of the ticking clock if a deal is to be done this year, with a final deadline for successfully concluding negotiations of September/October 2020 if the requisite constitutional approvals are to be obtained from the UK and EU sides in time for the deal to be signed off before the transition period expires.

If the UK and EU can indeed pull off a deal in time, there is (to put it mildly) likely to be a lot of relief all round!