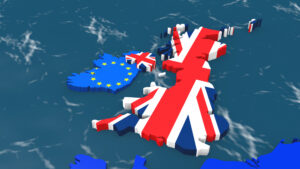 In his Budget statement on 3rd March 2021, the UK Chancellor of the Exchequer, Rishi Sunak MP, announced an increase in the UK corporation tax rate for larger UK-taxable companies from 19% to 25% to take effect from 2023. He also announced a number of other measures as well, to help cushion the blow.

Whilst Brexit has in recent times often tended to play second string to Covid in the UK public’s attention in terms of any adverse impact on the UK economy, there seems little doubt that Brexit has also been a factor playing in the UK Chancellor’s calculations as to what to do about UK corporation tax rates.

In an article for The Times on 1st March 2021, Sir Paul Marshall (a member of the UK Government’s industrial strategy advisory council, although writing in a personal capacity) has gone somewhat against the flow by writing that it is time for the UK to follow Ireland’s lead on corporation tax.  The rate of UK corporation tax for 2020/21 is 19% whereas Sir Paul Marshall points out that the headline rate of Irish corporation tax is currently 12.5% (said to be one of the lowest in Europe), with a lower rate of 6.5% on research and development and intellectual property. Sir Paul Marshall also points out that Ireland has no thin capitalisation rules with the result, he argues, that Irish corporates can be financed with 100% debt, and no equity. It is his belief that all this is why many major US technology and life sciences companies (including Apple, Google, Microsoft and Pfizer) have established their European headquarters in Ireland or book their revenues through Ireland.

If his logic is correct, one is obviously bound to wonder why the UK put itself through the pain of Brexit only to be recommended to behave more like Ireland, an EU member state, in the UK’s tax policy.

Clearly, the Chancellor has not followed Sir Paul Marshall’s recommendation about UK corporation tax rates on this occasion but it remains to be seen whether tax policy in this area takes a different turn in the future.

Of course, the reasons for Brexit were far more complex than can easily be summarised in a single sentence but it may well be that in an inter-dependent world the UK may end up looking not very different in terms of economic and tax policy to some of its erstwhile EU partners.

Brexit and the UK Listing Rules

Financial Services were largely left out of the UK- EU Trade and Cooperation Agreement of December 2020 and this may well be one of the reasons behind a move to modernise the UK’s Listing Rules regime for quoted public companies traded on UK financial markets.  Another principal reason may well be that the Listing Rules regime needed to be modernised anyway in the light of developments in the financial marketplace. All this has led to the independent UK Listing Review, chaired by Lord Jonathan Hill and sponsored by the UK’s HM Treasury, which was published alongside the 2021 UK Budget on 3rd March 2021.

According to the press release from HM Treasury, which accompanied the publication of the UK Listing Review, the Review forms part of the UK Chancellor of the Exchequer’s plan “to strengthen UK’s position a world-leading financial centre” and through the use of more relaxed free float requirements and of dual class share structures as well as other changes, but “with safeguards to maintain UK’s high standards”, to “make it easier for the world’s most successful and innovative firms to list and grow in the UK”.

The press release confirms that the Review’s key recommendations include:-

In an opinion article for The Times on March 2020, Simon Nixon, financial journalist, expresses concern about where these reforms might lead in terms of safeguarding the legitimate interests of investors (particularly so far as any liberalisation of the listing rules with regard to SPACs is concerned), if not carefully handled.  He also mentions the link to Brexit by arguing that Brexit “has made it impossible to market British prospectuses to investors in the European Union and prohibited EU firms from dealing in shares on UK exchanges. The result is that Amsterdam has overtaken London in European share-dealing while some of Britain’s most promising tech start-ups are now acquisition targets of New York-listed Spacs”.

The HM Treasury press release comments that “the UK already has some of the world’s deepest and most liquid equity markets, with over £43 billion raised in 2020, and a track record of attracting the best companies from around the globe” and clearly the UK does not want to relinquish that position.

Brexit and Alleged Breaches of the Ireland/Northern Ireland Protocol

In a written statement to the UK House of Commons on 3rd March 2021 (the same day as the UK Chancellor of the Exchequer’s 2021 Budget Speech to the House of Commons, and somewhat overshadowed by it), the UK’s Secretary of State for Northern Ireland, Brandon Lewis MP, announced certain unilateral measures to defer for the benefit of Northern Ireland supermarkets and their suppliers the introduction of further certification requirements on the movement of agrifoods from Great Britain to Northern Ireland from 1st April 2021 –  until 1st October 2021. (The written statement also makes it clear that from 1st October 2021 the further certification requirements will only be introduced in phases alongside the introduction of a digital assistance scheme.)

The written statement also confirmed that a separate announcement would be made later on parcel movements from Great Britain to Northern Ireland to provide necessary additional time for traders beyond 1st April 2021. According to the written statement, UK Government guidance would also be set out to help address practical problems on soil attached to the movement of plants, seeds, bulbs, vegetables and agricultural machinery from Great Britain to Northern Ireland. Finally, the written statement confirms that the UK Government would be writing to the Northern Ireland Executive to confirm that flexibilities within the EU’s Official Controls Regulations 2017/625 are such that no charging regime is required for agrifood goods.

The UK Government claims that in all these cases the UK is acting within the terms of Ireland/Northern Ireland Protocol to the UK-EU Withdrawal Agreement of October 2021. The EU, however, strongly disagrees and has complained that these measures in all or in part breach the terms of the Protocol and is reported to be considering seeking to impose tariffs on goods imported into the EU from the UK in line with arbitration procedures set out in the UK-EU Trade and Cooperation Agreement (TCA) of December 2020 and also to be considering seeking fines and judgments against the UK through the EU courts. There has even been a suggestion that the EU might not ratify the TCA, which is currently only provisionally in force from the EU side in accordance with EU procedures.

In the UK Government’s press release of 3rd March 2021 regarding the telephone call that took place that day between Lord David Frost and EU Commission Vice President, Maros Sefcovic, the UK and EU co-chairs respectively of the Joint Committee set up under the Withdrawal Agreement to implement it, the UK Government sought to play down the “temporary technical steps” which the UK Government stated that it had proposed for operational reasons and confirmed that Lord Frost, the UK Cabinet Minister now in charge of Brexit implementation, had “noted that such operational measures were well precedented in other international trade arrangements, and that they were entirely consistent with our intention to discharge our obligations under the Protocol in good faith”.

The Protocol was always likely to be one of the most contentious parts of the UK-EU Brexit arrangements and so it is proving in practice.