Brexit update: Artificial Intelligence, trading with Australia and a tale of two Acts

The Times columnist, Edward Lucas, entitles his article in the Times of 26th April 2021: “EU is becoming policeman of the internet – while the US leads in tech, Brussels is setting the standards for online privacy and regulating AI”. Somewhat starkly, the text of his article begins with the proposition: “The Americans innovate and the Europeans regulate.” 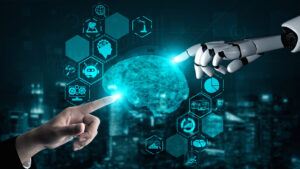 Mr Lucas does not mention the UK in his article but unsurprisingly the UK approach to this apparent dichotomy might be said to fall somewhere between the US and EU approaches to AI –  a pragmatic “regulate where appropriate but do not hamper innovation” approach. All these approaches would seem to have their place in the fast-developing world of AI.

Whether or not the EU is more of a regulator than an innovator, it is certainly the case that on 21st April 2021 the European Commission published its Proposal for a Regulation laying down Harmonised Rules on AI.  The Proposal attached the text of a draft Regulation on AI itself, which bravely attempts a definition of  an “AI system” and will doubtless be influential in developing rules for AI outside the EU (including, quite possibly, the UK itself, notwithstanding Brexit) – AI after all is very much part of the interdependent world in which we live.

Article 3(1) of the draft EU Regulation on AI defines an “artificial intelligence system” (AI system) for the purposes of the draft Regulation as meaning “software that is developed with one or more of the techniques and approaches listed in Annex 1 and can, for a given set of human-defined objectives, generate outputs such as content, predictions, recommendations, or decisions influencing the environments they interact with”.

According to Annex 1 of the draft Regulation, the AI “techniques and approaches” referred to in Article 3(1)  comprise :-

“(a) harmonised rules for the placing on the market, the putting into service and the use of artificial intelligence systems (“AI systems”) in the [European] Union; [(b)] prohibitions of certain artificial intelligence practices; [(c)] specific requirements for high-risk AI systems and obligations for operators of such systems;[(d)] harmonised transparency rules for AI systems intended to interact with natural persons, emotion recognition systems and biometric categorisation systems, and AI systems used to generate or manipulate image, audio or video content; [and] [e] rules on market monitoring and surveillance.”

The devil is often in the detail but the definitions and scoping provisions above do give an idea as to what the draft Regulation covers and other provisions make it clear that the draft Regulation can have extra-territorial effect in the sense, for instance, that it can apply to “providers and users of AI systems that are located in a third country, where the output produced by the system is used in the [European] Union” (Article 2(1) (c)).

The UK approach to AI seems more themes-based than law-based at the present time, with the UK Government announcing on 12th March 2021 a “new strategy to unleash the transformational power of Artificial Intelligence”. The announcement says that “ a new plan to make the UK a global centre for the development, commercialisation and adoption of responsible AI will be published this year”  and goes on to say that:-

“The new AI strategy will focus on:-

In a separate but related announcement, describing AI as falling within one of his Ten Tech Priorities, the UK Secretary of State for Digital, Culture, Media & Sport, Oliver Dowden MP, stated:-

“Artificial intelligence has the potential to fundamentally transform our lives. The UK already has a strategic advantage in this new frontier, and our upcoming National Artificial Intelligence Strategy, which we will publish later this year, will help us build on our world-class research and innovation base. We will also work to solidify our global leadership in the development of quantum computing and other transformative tech.”

It is useful to compare the different approaches of the UK and the EU to AI at this stage of AI’s development but, of course, one must not overlook the roles of the individual EU Member States themselves in the development of AI and its regulation.

Whether or not the UK and the EU complement each other in the future in the area of A1 will be interesting to see.

The UK and Australia have been in discussions since 29 June 2020 for a Free Trade Agreement between them, to take effect as soon as possible following the end of the UK-EU post-Brexit transition period, which came to an end on 31st December 2020.

On 23rd April 2021, following two days of discussions between Liz Truss, the UK International Trade Secretary, and Dan Tehan, the Australian Trade Minister, the UK and Australian Governments issued a joint statement confirming that consensus had been reached between them on the “vast majority of elements of a comprehensive free trade agreement”. The joint statement expressed the hope that full agreement between them on all matters of principle would be reached by June 2021.

The joint statement gave no detail about the substance of what had been discussed but, based on past statements, it is believed that any final free trade agreement between the UK and Australia could cover areas such as trade in goods, trade in services, investment, digital trade, government procurement, intellectual property, competition, and regulatory standards on issues including labour and the environment.

Brexit and a Tale of Two Acts

As the UK forges its own path post-Brexit, so it is passing new Acts of Parliament to implement domestically new powers that it has taken back from the EU or feels necessary to create for itself to fill legislative gaps as a consequence of leaving the EU.

The Financial Services Act 2021 covers a number of topics, which include providing the UK legal framework for the implementation of the final Basel III standards and for the Investment Firms Prudential Regime (IFPR), the Overseas Funds Regime (OFR) and the Gibraltar Authorisation Regime (GAR), amending the application of the EU Benchmarks Regulation ((EU) 2016/1011) in the UK to give the UK’s Financial Conduct Authority (FCA) additional powers to manage the orderly wind-down of  critical benchmarks, such as LIBOR, and extend the transitional period for the recognition of third country benchmarks, increasing the maximum sentence for criminal market abuse and giving the UK’s HM Treasury power to bring interest-free buy-now pay-later (BNPL) products into the scope of FCA regulation.

The Trade Act 2021 also covers a number of topics, which include enabling the UK to implement domestically the free trade agreements that the UK is striking with other countries following Brexit, establishing a new UK Trade Remedies Authority, placing the UK’s Trade and Agriculture Commission on a statutory footing, maintaining access for UK businesses to public procurement opportunities through the World Trade Organisation’s Agreement on Government Procurement (GPA) and enabling the UK Government to collect data on exporters with the expressed objective of providing targeted support for UK businesses to access new export opportunities.

A third piece of proposed legislation, the Environment Bill 2019-21, which is also part of the UK Government’s post-Brexit agenda, is being carried over  into the next UK parliamentary session for further consideration.

The UK Government certainly seems to be working in earnest to create a new post-Brexit future for the UK.