Brexit and an all-Ireland Trade Boom

Amidst the glitches that have been thrown up by Brexit (particularly in relation to the implementation of the Ireland / Northern Ireland Protocol to the UK-EU Withdrawal Agreement of October 2019), the Sunday Times of 20th June 2021 reports on some more positive news (at least from an Irish standpoint) in an article entitled “Brexit “sausage war” brings an all-Ireland trade boom”.

The article refers to leaked trade figures that show that trade on the island of Ireland between Northern Ireland and the Republic of Ireland is “booming” as the EU “imposes more than 500 checks a day on the transfer of goods between Great Britain and Northern Ireland”.

This positive news does contrast with the trade position between Great Britain and the island of Ireland, which is not surprising given the number of checks that are now being made post-Brexit on the transfer of goods between the two.  According to The Sunday Times article, “up to May 23 2021, the latest period for which figures are available, there were 41,807 documentary checks at the effective border in the Irish Sea [and] 36,702 ID checks and 2,831 physical checks on goods moving between Great Britain and Northern Ireland. That is a total of more than 81,000 checks in total in 123 days, an average of more than 650 per day.”

The Sunday Times article also reports that “in total, there are decisions on about 340 entry documents daily, a number that equates to one in five of all EU border checks across the whole of Europe”.

The widely-reported “sausage war” between the UK and EU over the potential ban on the import of sausages and other processed meats from Great Britain into Northern Ireland under the terms of the Protocol has grabbed the headlines – as has the possible grant of a three-month grace period by the EU to the UK for the continued supply of such meats until 30th September 2021 to give the parties time to work out a solution to the problems underlying this issue – and has, perhaps, masked the shift in trade patterns between the two parts of the island of Ireland and Great Britain which Brexit and the Protocol seem to have brought about, whether temporarily or permanently.

On 21st June 2021, The Times reported on research by the EY group that the UK remains the most attractive destination in Europe for financial services despite losing some activity to the European mainland as a result of Brexit. France is, however, catching up and President Macron of France is making a special effort to attract foreign financial services business into France with its “Choose France” campaign.

France is reported to be emphasizing its liberal business travel regime (despite the current Covid environment) for those who have been fully vaccinated and this is held out as an incentive to foreign bankers who may wish to set up in Paris. The UK will clearly need to consider its position but it will need to take into account Covid.

Whilst the pressure is on, it appears from the EY group study (which is published annually) that the UK is well positioned to retain its place as the leading provider of financial services in Europe.  There is no room for complacency, however, because, according to The Times report, the EY group study shows that, while in 2019 the number of foreign financial services projects in the UK was more than double the figure for Germany, the second favourite destination for foreign financial services projects in Europe – France – leapt above Germany in 2020 and the gap with the UK is now just 14 per cent.

In other developments, the EU Commissioner for financial services, Mairead McGuinness, is quoted in City AM, the online newsletter, on 22nd June 2021 as telling the City Week conference that day that the EU’s goal on financial services “is not to move or steal away from London, but to build our own infrastructure “ and John Glen, effectively the UK Government’s Minister for the City, is quoted as telling the same conference on the same day that the UK Government “would continue to look at the best way to regulate our financial services industry in the context of global relationships where a lot of growth is happening outside the EU”, citing New York and Singapore in particular. All this suggests that whilst the UK and EU appear to want to co-operate on financial services if it makes sense to do so, there are now wider issues at stake post-Brexit.

Brexit and the Audiovisual Arts 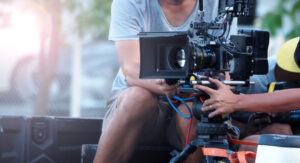 The Times of 22nd June 2021 reports on a how a group of EU countries – France, Austria, Greece, Italy and Spain (the EU group of 5) – are campaigning to reduce the “disproportionate” amount of popular dramas and films from the UK which are shown on EU television schedules following Brexit.

According to The Times article, the EU group of 5’s plan is predicated on a proposed revision to the EU’s audiovisual media services directive in 2024 which would permit discrimination against UK programming as “non-European”. The EU’s audiovisual media services directive is itself based apparently on a 1989 convention on transfrontier television, which was drawn up by the Council of Europe, an organisation with 47 member states including the UK, and the suggestion in The Times article is that the EU group of 5 would wish to deviate from that 1989 convention.

It is as yet early days to assess outcomes on this subject, with The Times article saying that at this stage European Commission officials have been asked by France to assess the negative impact of continuing UK films as “European” by the first half of 2022 when France holds the EU’s rotating presidency.

The Times article quotes Adrian Minns of the UK’s Commercial Broadcasters Association as saying that “losing access to a substantial part of EU markets would be a serious blow for the UK TV sector”. We shall have to see what happens.