Brexit and the “Brexit Freedoms” Bill 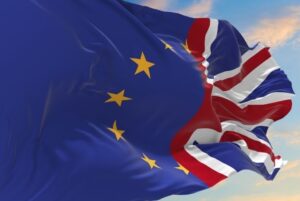 On 31st January 2022, which happens to be the second anniversary of the UK’s departure from the EU, the UK government announced through the UK Prime Minister’s Office that a new “Brexit Freedoms” Bill would be introduced with a view (according to the accompanying press release) of ending the “special status” in the UK of EU law (and in particular of so-called “retained EU law”, which is described in the press release as “legacy EU law kept on the statute book after Brexit as a bridging measure”) and ensuring that it can be more easily amended or removed.

According to the press release, the proposed reforms “will cut £1 billion of red tape for UK businesses, ease regulatory burdens and contribute to the government’s mission to unite and level up the country”.

The press release raises the issue of UK parliamentary sovereignty and argues that the so-called “special status” that retained EU law allegedly still enjoys in the UK’s legal framework “is simply not compatible with our status as a sovereign, independent country” and confirms the UK government’s intention to bring that “special status” to an end as quickly as possible.

The “Brexit Freedoms “ Bill is likely to be subject to much debate – doubtless at least in part to try and ensure that there is no democratic deficit involved in the way in which inappropriate retained EU laws are removed from the UK statute book and replaced by something else deemed more suitable for the UK – but it will also almost certainly mark a landmark stage in the development of post-Brexit laws in the UK.

The UK and South Korea signed a “continuity” or “rollover” trade agreement in 2019 effectively agreeing to roll over (with effect from the end of post-Brexit transition period on 31st December 2020) many of the provisions of the pre-existing EU – South Korea trade agreement which applied to the UK while the UK was a member of the EU.

On 8th February 2022, City AM reported that the UK International Trade Secretary, Anne-Marie Trevelyan MP, had hosted her South Korean counterpart at a meeting that day with a view to beginning trade negotiations with South Korea later in 2022 in an effort to expand on terms that were part of the “continuity” trade deal between the two countries. In a post-meeting update, both parties are reported to have expressed the desire to try and reach a mutually satisfactory agreement “that goes even further in areas like technology and services”.

According to a report in The Times on the same day and bearing in mind recent global semiconductor chip shortages, the new trade negotiations are likely to include a plan for government intervention where there is a failure in supply chains. South Korea’s trade minister, Yeo Han-koo, is quoted as saying that provisions of the plan could include stockpiling measures, an agreement for both countries to help each other by swapping resources during a time of need and a commitment to exchange information to provide an “early warning sign” when a resource is in short supply. The Times report says that, if such a plan were agreed, it would be the first deal of its kind between the UK and an Asia-Pacific partner to include supply chain provisions.

It will be interesting to see what progress is made in the new trade negotiations between UK and South Korea. According to City AM, the UK government is now looking to revamp a series of “continuity” or “rollover” deals, including ones signed with Mexico and Canada, and the forthcoming trade negotiations with South Korea, therefore, seem clearly to be part of a bigger picture, so far as the UK is concerned.

With the overwhelming effect of world events such as Covid–19 and the Russian invasion of Ukraine, Brexit may begin to seem like ancient history but the UK’s international position means that the UK government has had to accelerate the promotion of UK specific legislation, which might have fallen to the EU to do on the UK’s behalf had the UK continued as a member of the EU.

Nowhere is this more true than in the area of economic crime and corporate transparency – and on 28th February 2022 the UK government published a draft Economic Crime Bill (ECB) and also a draft Corporate Transparency White Paper (CTW), both published earlier than expected following the Russian invasion of Ukraine.

The ECB includes provisions for the creation of a Register of Overseas Entities, which (according to the accompanying UK government fact sheet) will apply to foreign owners of UK land and more specifically to:

The purpose of these provisions, according to the fact sheet, is to “require anonymous foreign owners of UK property to reveal their real identities to ensure criminals cannot hide behind secretive chains of shell companies, setting a global standard for transparency”.

According to the fact sheet, the Register of Overseas Entities will apply retrospectively to property bought up to 20 years ago in England and Wales and since December 2014 in Scotland. The fact sheet also states that “breaches of obligations can result in criminal sanctions, including daily fines of up to £500 or prison sentences of up to five years for the most serious breaches”.

The CTW contains proposals seeking to expand the role of the UK Registrar of Companies to include a responsibility to maintain the integrity of the register of companies and the UK business environment. In this context, the Registrar would be given powers to query suspicious appointments or filings and request further evidence or reject the filings in question. The proposals would also require a person setting up, managing and controlling companies to have a verified identity with the UK Companies Registry, or have registered and verified their identity via an anti-money laundering supervised third-party agent.

Interesting provisions or proposals – and there are other provisions or proposals too of significance in the ECB and in the CTW – but whether they will achieve the objective of making the UK (and in particular the City of London) less vulnerable to the money laundering activities of foreign kleptocrats (not to mention home-grown UK criminals too) remains to be seen.