Brexit and the Financial Services Sector 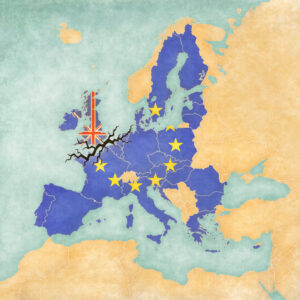 Concern about how the UK Financial sector will shape up after the expiry of the UK-EU Withdrawal Agreement transition period on 31st December 2020 has led to a number of interesting written contributions from eminent bodies and organisations in recent days.

On 15th July 2020, the City of London Corporation published a report on UK cross-border trade in financial services with Australia being one of the countries that the UK is targeting for increased business after the transition period.

On 20th July 2020, the House of Lords EU Services Sub-Committee published a letter that it had written to John Glen, the UK Government Economic Secretary and City Minister, on UK financial services after Brexit and on the current state of the UK-EU negotiations on the financial services sector. The letter asked questions of the Minister under the broad headings of UK-EU equivalence decisions, future UK- EU regulatory co-operation and the future regulatory framework for UK financial services.

Also, on 22nd July 2020, the insurers, Lloyd’s of London, issued a press release explaining a slight delay from 29th October 2020 to 30th December 2020 in the transfer of part of its business to its Belgian subsidiary, the purpose of such transfer being to enable Lloyd’s to continue to take advantage of EU passporting rights in respect of that area of its business (being EU-based business) after the transition period.

On a broader international front, on 21st July 2020 the International Swaps and Derivatives Association (ISDA)  updated its Frequently Asked Questions (and answers) on Brexit. Topics covered by the latest questions and answers include access to EU financial markets, the European Market Infrastructure Regulation (EMIR), transferring derivatives transactions from a UK to an EU entity, clearing and the EU Benchmarks Regulation.

There is clearly a lot of thought going on about how best to safeguard the UK and indeed the EU financial markets following the transition period.

Brexit, the EU-US Privacy Shield and the ECJ Judgment in “Schrems II”

This meant that the EU would no longer regard the EU-US Privacy Shield as offering adequate protection to data subjects whose personal data was being exported from the EU to the US.

The Court made clear, however, that the insertion of so-called  EU “Standard Contractual Clauses” into contracts might well continue to be a way of transferring such personal data from the EU to the US in compliance with the EU General Data Protection Regulation ((EU) 2016/679)( GDPR).

What is the relevance of this ECJ decision to Brexit? Well, perhaps principally the concern that after the transition period the EU might view the UK as a backdoor route of transferring personal data from the EU to the US via the UK  in breach of the principles of GDPR, thus putting in question whether the EU would permit the transfer of personal data to the UK after the transition period without specific additional safeguards.

The non-legally binding UK-EU Political Declaration, which accompanied their 2020 Withdrawal Agreement, does provide for the UK and the EU to  ensure “a high level of personal data protection” in their respective jurisdictions to facilitate personal data flows between them and does provide for UK and EU regulators to co-operate with each other to achieve that objective.

Clearly, the ECJ court decision will need to be taken into account in assessing the adequacy of personal data protection arrangements in both the UK and in the EU.

It is worth adding that on 22nd July 2020 the EDPB had also issued an information note about the implications of  Brexit for the use and approval of Binding Corporate Rules (BCRS) as a route to transferring personal data from the EU to the UK as a third country following the transition period.

Brexit and a new UK Trade and Agriculture Commission

On 10th July 2020, the UK formally announced the setting up of a UK Trade and Agriculture Commission of industry experts to advise the Secretary of State for International Trade (Liz Truss MP) over an initial six months’ period and produce a report by the end of that period on a number of key Brexit-related subjects.

The Commission is to be chaired by food safety expert, Tim Smith, and will include representatives from UK retailers, farming unions and consumer, hospitality and environmental bodies.

The Commission was formally launched by Liz Truss on 28th July 2020,with the support of the Environment Secretary, George Eustice MP, and the remit of its report will be to :

This is a potentially important development and shows an apparent concern on the part of the UK Government to engage with business and industry.