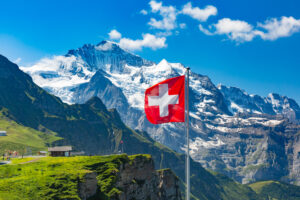 The political and economic relationship between the UK and Switzerland, always strong, seems to have grown even stronger following Brexit, given similarities in their profiles as states bordering the EU.

According to the press release, the specified areas of enhanced cooperation might include:-

All fine words, of which possibly the references to “artificial intelligence and innovation” are amongst the most significant.

The “Declaration of Intention” follows upon the announcement of a Memorandum of Understanding entered into between the Swiss National Science Foundation (SNSF) and UK Research and Innovation (UKRI) on 8th February 2022, which (according to the accompanying press release issued by UKRI on 10th February 2022) “is designed to enable partnerships and foster alliance between researchers in the UK and Switzerland”.

The UKRI press release also states that “the UKRI and the SNSF partnership will reduce many of the barriers researchers encounter and enable more co-operation on the two countries’ shared research priorities”. In this context, the press release suggests that (based on recent parallel calls from the two organisations) areas of increased co-operation could include synthetic biology, languages, materials and the life and physical sciences interface.

On 28th February 2022, by way of another example of increased co-operation, the UK and Swiss Governments announced the signing of a Memorandum of Understanding (MoU) between them on Customs Co-operation. According to the Swiss Office for Customs and Border Security (as reported by Reuters), “the aim of the MoU is to intensify bilateral contacts between specialists in modernisation and digitisation initiatives, and to foster close collaboration in the area of customs”. The Office is reported by Reuters to have said that “the desired further development of customs and trade relations is also in line with the Federal Council’s “mind the gap” strategy, which it has been pursuing with regard to bilateral agreements following the UK’s departure from the European Union”.

This would all seem to be positive news for UK-Swiss bilateral relations following Brexit.

On 25th March 2022, it was announced that the European Council and the European Parliament have reached provisional political agreement on the EU’s Digital Markets Act (DMA) which, according to their joint press release, “aims to make the digital sector fairer and more competitive”. The press release expresses the hope that final technical work would make it possible to agree the definitive legal text of the DMA in the coming days.

According to the press release, “the DMA defines clear rules for large online platforms. It aims to ensure that no large online platform that acts as a “gatekeeper” for a large number of users abuses its position to the detriment of companies wishing to access such users”. The European Council and the European Parliament have agreed that a “gatekeeper” for this purpose means an online platform that firstly must either have had an annual turnover of at least €7.5 billion within the EU in the past three years or have a market valuation of at least €75 billion and secondly must have at least 45 million monthly end users and at least 10,000 business users established in the EU.

On 26th March 2022, The Times commented that experts believe that this new law, which may well come into force in the Autumn of 2022, will become a “global landmark” for the regulation of large online digital platforms, with those breaching the rules facing fines of up to 10 per cent of their annual turnover and penalties of up to 5 per cent of their daily sales and the most “egregious violations” possibly triggering a ban on acquisitions.

We shall see in due course how this important EU legislation may impact indirectly on the UK in the post-Brexit era.

On 28th March 2022, the EU Commission announced that the EU had requested consultations with the UK at the World Trade Organisation (WTO) on alleged discriminatory practices by the UK when granting support for certain green energy projects.

The EU Commission’s announcement claims that “the criteria used by the UK government in awarding subsidies for offshore wind energy projects favour UK over imported content. This violates the WTO’s core tenet that imports must be able to compete on an equal footing with domestic products and harms EU suppliers, including many SMEs [small and medium-sized enterprises], in the green energy sector. Moreover, such practices ultimately increase costs of production and thereby risk slowing down the deployment of green energy”.

A particular EU concern is that allegedly the UK government applies a local content criterion to determine the eligibility of operators for certain green energy projects supported by the UK government and ultimately to pay out the financial support for such projects. According to the EU Commission, “this incentivises operators to favour UK content in their applications, to the detriment of imported inputs. The EU considers this to be a breach of the WTO’s national treatment principle, which prohibits WTO members from discriminating against imports in favour of domestic products”.

Reportedly, the EU has raised the same issue at the first meeting of the UK-EU Trade Specialised Committee on Level Playing Field for Open and Fair Competition and Sustainable Development, set up under the UK-EU Trade and Cooperation Agreement 2020/21.

Trade and investment issues of this sort may arise from time to time between the EU and the UK in the post-Brexit era and their outcome will no doubt be closely monitored by the parties involved.