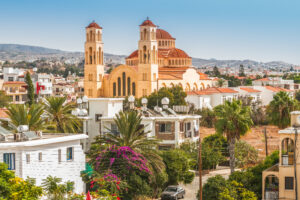 On 14th January 2021, shortly after the end of the post-Brexit transition period on 31st December 2020,  the UK High Commissioner to Cyprus, Stephen Lillie, published an article entitled “A new year, a new era for the UK and Cyprus”, in which he emphasised the strong links between UK and Cyprus, regardless of Brexit. These links include people links through diaspora communities and ex-pats, student and professional links and science and research collaboration links. There are also strong defence links between the two countries. Mr Lillie ended his article by saying that he was determined that Cyprus would be at the heart of the friendly ties that the UK was determined to maintain with the EU following Brexit.

On 17th June 2022, the UK Department of International Trade (DIT) issued a Trade and Investment fact sheet on Cyprus, which showed that total trade in goods and services (exports plus imports) between the UK and Cyprus was £2.9 billion in the four quarters to the end of Quarter 4  (Q4) 2021, an increase of 5.0% or £139 million from the four quarters to the end of Q4 2020. Of this £2.9 billion:

According to these statistics, Cyprus was the UK’s  52nd largest trading partner in the four quarters to the end of Q4 2021 accounting for 0.2% of total UK trade.

The DIT fact sheet also revealed that in 2020:

Given the strong links between the UK and Cyprus, it will be interesting to see if and how these trade and investment statistics change in the coming years.

According to a report in the Law Society Gazette of 18th July 2022, the UK Government unveiled that day the Data Protection and Digital Information Bill, containing proposals for regulating AI systems in the UK.

The Law Society Gazette reports that AI systems in the UK will have to identify a legal person to be held responsible for problems stemming from such AI systems and that the core principles of AI regulation are intended to enable developers and users to:

According to the Law Society Gazette,  the UK Government has said that the proposed “pro innovation” regime will be operated by existing regulators in the UK  (such as Ofcom, the Competition and Markets Authority, the Information Commissioner’s Office, the Financial Conduct Authority and the Medicines and Healthcare Products Regulatory Agency) rather than by a dedicated central body along the lines of that being created by the EU.

An interesting development in the post-Brexit era!

Brexit and the Horizon Europe Alternative

On 20th July 2022, the UK’s Department for Business, Energy & Industrial Strategy (BEIS) published a policy paper, entitled “Supporting UK R & D and collaborative research beyond European programmes” and giving details of the UK Government’s alternative research funding proposals, should the UK not be able to continue to participate in the EU’s Horizon Europe research funding programme.

The proposed transitional measures listed in the policy paper include:-

The long–term package of alternative funding would include:-

It seems from the policy paper that the UK Government is continuing to seek to complete UK association to the EU programmes. However, should the UK not be able to associate, the UK Government now appears to be preparing actively to be ready to deliver the transitional measures listed above, followed by long-term alternatives.