Admission by tenant acting in person protected by “without prejudice” privilege

Court held that a meeting between a tenant acting in person and the landlord’s solicitor was “without prejudice” even though that phrase was not mentioned.

Suh v Mace (UK) (2016) concerned the forfeiture for rent arrears of restaurant premises in New Malden, London.  The landlord peaceably re-entered the property for the arrears following which the tenants, who were husband and wife, issued proceedings for wrongful forfeiture.  However, the wife, who had separated from her husband, wanted to extract herself from the litigation and went to see the landlord’s solicitor.  At the meeting, the wife made admissions about the existence of arrears and about having not personally signed various court documents.  The solicitor subsequently made a witness statement detailing what the wife had said at the meeting.  The wife later denied having made admissions, and the tenants sought to have the solicitor’s witness statement excluded on the ground that it contained “without prejudice” material.  The judge at first instance admitted the witness statement.  The tenants appealed that decision.

The Court of Appeal reiterated that the “without prejudice” rule applied to exclude all negotiations genuinely aimed at settlement, whether oral or in writing, from being given in evidence but that the application of the rule was not dependent upon the use of the phrase “without prejudice” and if it was clear from the surrounding circumstances that the parties were seeking to compromise the action, evidence of those negotiations would, as a general rule, not be admissible.

The Court said that the true question was whether the discussion between the wife and the landlord’s solicitor were or ought to be seen as “negotiations genuinely aimed at settlement” and that a broad view was required to be taken in dealing with that question.

It said that, where a litigant in person was concerned, it might sometimes be difficult to determine objectively whether the discussions in question were negotiations genuinely aimed at settlement but that, here, the only sensible purpose for the meeting must have been for the wife to seek some kind of solution to the litigation, i.e., settlement.  Therefore, the evidence of the meeting was inadmissible. 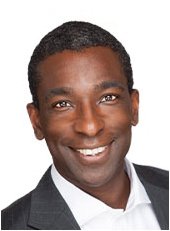